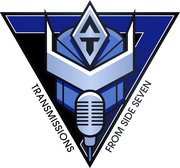 An experimental electronic music show based in Victoria, B.C. hosted by two mecha pilots and one DJ. 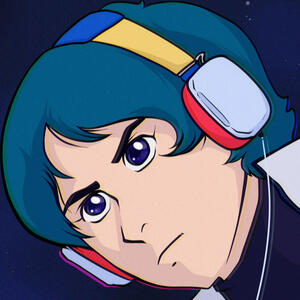 Transmissions from Side 7 is a semi-fictional radio show about two pilots and a DJ who spin tunes and fight their enemies in a time and space in the future. Elements of the program refer to Mobile Suit Gundam, the universe which the show takes place in.

We broadcast from 7 to 9 am PST on 101.9 fm in the Greater Victoria area. I've been told the frequency can reach as far as Langford! If you are an international listener, or someone who sleeps in, you can always stream online at cfuv.ca.

The show remains online for a week after it's originally broadcast, and you can stream it anytime you'd like. Arcade posts the track listings for each show to Facebook.

Special thank you to Rukunetsu who composed our theme song. And thank you to everyone who has tuned in, streamed, retweeted or followed. I'm glad to be a part of your life in a small way.

Transmissions from Side 7 is broadcast from deep within Earth's Sphere (the region of space which encompasses the Earth, the Moon, and all artificial satellites orbiting them), and are relayed back down to modern-day Earth. The cast of the show consists of two pilots, Cinq and Everette, as well as DJ Arcade. Arcade does the majority of talking, leaving Everette and Cinq to guard the perimiters of Side 7 from enemy forces.

Everette is voiced by Monarch Actual, who also helps immensely with the audio production behind the show.

Cinq is voiced by Stardust Pigeon, who gathers a lot of the music for our sets.

Feel free to contact us using the social media and e-mail below, especially in regards to music submissions and interviews.